THIS WEEK’S BSO RADIO BROADCAST AND STREAM ON 99.5 WCRB-FM AND WWW.CLASSICALWCRB.ORG

~~~~~~~~~~~~
• WCRB radio broadcast and stream features Hannu Lintu leading the BSO in Anna Thorvaldsdottir’s Metacosmos and Sibelius’ Symphony No. 2, and Seong-Jin Cho is the soloist in Prokofiev’s Piano Concerto No. 2; the broadcast airs on Saturday, October 17 at 8 p.m.

PROGRAM DESCRIPTIONS IN GREATER DETAIL: THIS WEEK’S ONLINE AND RADIO OFFERINGS AND THE BSO’S INTRODUCTION OF THE NEW 2020 COLLEGE CARD ONLINE

~~~~~~~~~~~~
This concert opens with Beethoven’s String Trio in G, one of a set of three string trios representing the composer’s most important and substantial chamber music works of the 1790s. The concert continues with a potpourri of music for low brass instruments ranging from Gabrieli’s late 16th-century canzona and Contrapunctus IX from J.S. Bach’s The Art of Fugue to a high-velocity work by West Virginia-born composer Kevin Day and a tribute to the musical society Phi Mu Alpha Sinfonia by Chad “Sir Wick” Hughes. 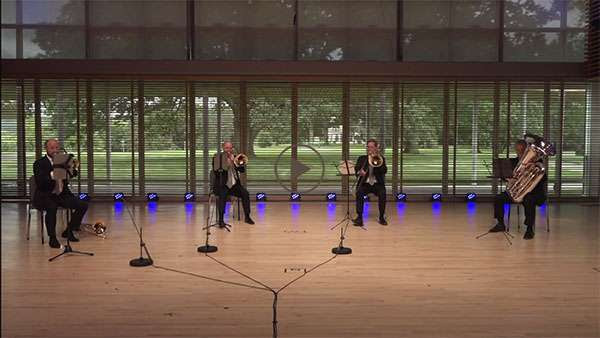 Some Background on the Encore BSO Recitals Series
The Boston Symphony Orchestra’s Encore BSO Recitals is an eclectic nine-week online concert series spotlighting 50 musicians of the Boston Symphony Orchestra in small ensembles and giving viewers a rare opportunity to experience the individual artistry of many of the musicians who make up the world-renowned ensemble. With newly recorded musician intros and special live Q&As accompanying select programs, the Encore BSO Recitals series reprises programming initially recorded and aired this past summer for the Tanglewood 2020 Online Festival.

For this week, BSO Youth and Family Concerts Conductor Thomas Wilkinscontinues his series of BSO HomeSchool online tutorials with the subject of leadership conducting principles. The video is currently available here. BSO HomeSchool—an educational resource for anyone who wants to learn more about music—includes an archive of Youth and Family Concerts lesson plans created by the BSO Educators Advisory Council, as well as videos created by BSO musicians that cover a wide variety of topics and include demonstrations, excerpt tutorials, and more. Further details are available at www.bso.org/bsohomeschool. Mr. Wilkins’ complete title is BSO Artistic Advisor for Education and Community Engagement and Germeshausen Youth and Family Concerts Conductor. 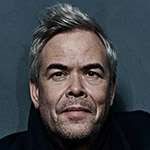 For this week’s BSO encore concert broadcast and stream on WCRB 99.5 and classicalwcrb.org, 2015 winner of the prestigious International Chopin Piano Competition, Seong-Jin Cho, performs Prokofiev’s difficult but sparkling Piano Concerto No. 2. Finnish conductor Hannu Lintu (right) also leads Jean Sibelius’ Symphony No. 2, probably his most widely popular symphony. The composer’s folk-music-influenced but unique and sophisticated voice is clearly heard in this beloved piece. Lintu also introduces to the BSO repertoire music by the contemporary Icelandic composer Anna Thorvaldsdottir, whose work has a physical, protean power not unrelated to Sibelius’ music. She earned her doctorate at the University of California, San Diego, and her music has been performed by such ensembles as the New York, Los Angeles, and Berlin Philharmonic orchestras. For more information about future WCRB encore broadcasts, please go to classicalwcrb.org.

The BSO College Card is designed to encourage students and aspiring young musicians to experience the BSO on a regular basis, with over 145,000 College Cards distributed since the program’s inception. In response to the live performance hiatus surrounding the COVID-19 pandemic, the Boston Symphony Orchestra is introducing new College Card offerings. For a one-time fee of $20 (instead of the $30 charged during recent seasons) students will be able to access all paid online content at www.bso.org, including Encore BSO Recitals and BSO HomeSchool content. In addition, cardholders are eligible to participate in biweekly Zoom webinars demonstrating career pathways to the BSO and the arts in general, starting on Wednesday, October 7. Other benefits include access to exclusive archival content and other special presentations. For more information, visit www.bso.org/collegecard.

The Encore BSO Recital series and BSO HomeSchool are part of the BSO’s continuing series of online offerings created in response to the live performance hiatus imposed by regulations around the COVID-19 pandemic and ensuing health crisis. The series of announcements detailing the full slate of cancellations by the Boston Symphony Orchestra, beginning on March 13, can be found here. The BSO will continue to monitor recommendations of the Centers for Disease Control and the Commonwealth of Massachusetts, as well as confer with its own team of medical experts on matters related to an eventual reopening. All updates on this subject will be announced through press releases and postings on www.bso.org. Please note: Later in October, the Boston Symphony Orchestra will announce details of its new digital content series to be recorded at Symphony Hall and made available through www.bso.org in November and December.

Arbella Insurance Foundation, a longtime sponsor, is continuing its major sponsorship for the 15th season as the Music for All sponsor, supporting our education and outreach programs so that everyone has access to great classical music in our community.

Fairmont Copley Plaza begins its 19th season as the Official Hotel of the BSO.