• July 10 at 8 p.m.: BSO Musicians in Concert with Associate Principal Horn Richard Sebring playing works by Schumann, Dukas, Mozart, and the world premiere of two of his own works; Mr. Sebring is joined for this program by fellow BSO members Cathy Basrak, Rachel Childers, Tatiana Dimitriades, Mickey Katz, Kathryn Sievers, and Michael Winter, as well as guest artists Vytas Baksys and Charles Overton; the program is hosted by Lauren Ambrose

• July 7 at 1 p.m.: In honor of the composer’s 250th birth anniversary, TLI Celebrates Beethoven series begins with a film screening of Inside the Hearing Machine 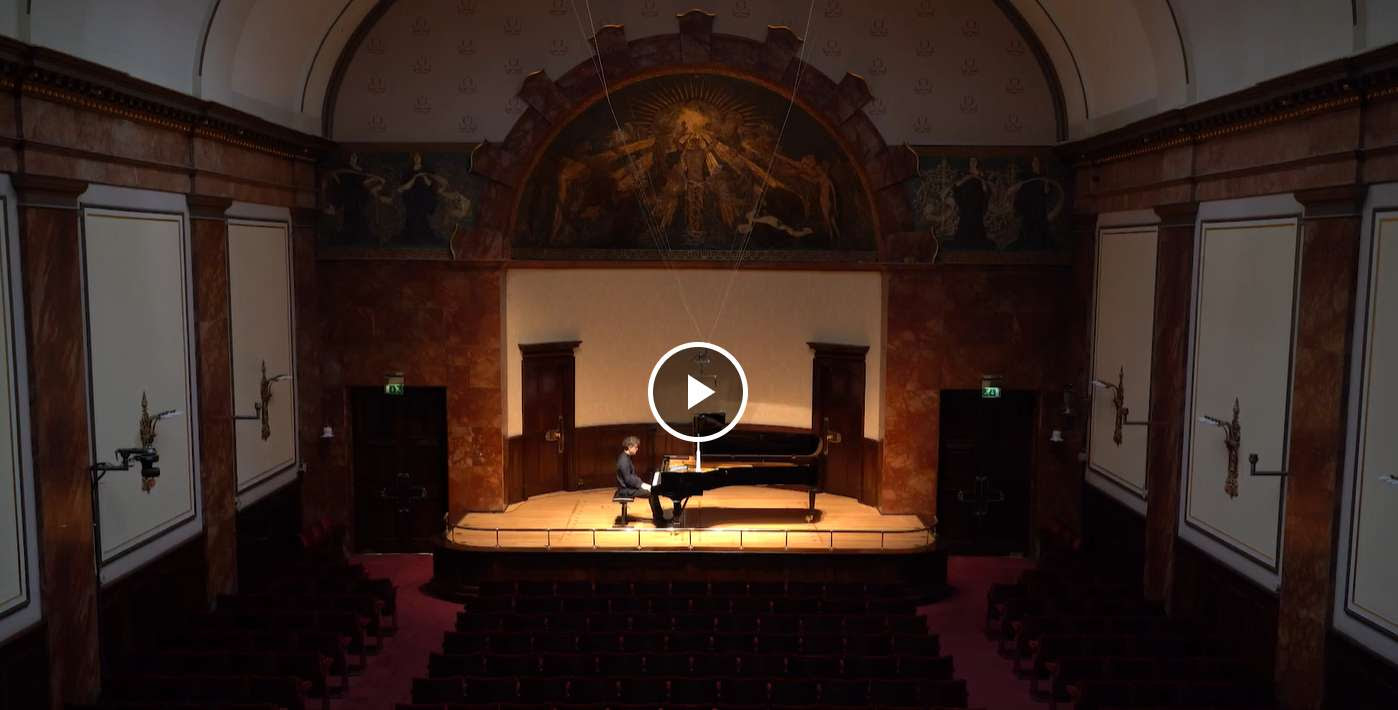 HOW TO ACCESS CONTENT:
IN ADDITION TO THE TANGLEWOOD 2020 ONLINE FESTIVAL FREE-OF-CHARGE OFFERINGS, OTHER ONLINE PROGRAMS RANGING IN PRICE FROM $5 TO $12 FOR A SINGLE STREAM, TO $15 TO $90 FOR MULTIPLE STREAM PACKAGES, ARE AVAILABLE TO THE PUBLIC FOR PURCHASE VIA WWW.TANGLEWOOD.ORG
TANGLEWOOD GROUNDS OPEN TO THE PUBLIC—WITH PHYSICAL DISTANCING AND CDC HEALTH AND SAFETY PROTOCOLS IN PLACE—SATURDAYS AND SUNDAYS FROM 10 A.M. TO 4 P.M. AND WEDNESDAYS 9 A.M. TO NOON, THROUGH AUGUST 23; VISITS TO THE GROUNDS WILL REQUIRE ADVANCE REGISTRATION AT WWW.TANGLEWOOD.ORG

TANGLEWOOD 2020 ONLINE FESTIVAL, BSO AT HOME, BOSTON POPS AT HOME, AND BSO HOMESCHOOL AUDIO AND VIDEO CONTENT SERIES WERE CREATED IN RESPONSE TO CONCERT CANCELLATIONS OVER THE PAST FEW MONTHS DUE TO CONCERNS OVER THE SPREAD OF COVID-19; SINCE LAUNCHING BSO AT HOME ON MARCH 23, BSO REPORTS WEBSITE TRAFFIC HAS DOUBLED AND MORE THAN 15 MILLION INTERACTIONS ON WEBSITE AND SOCIAL MEDIA CHANNELS BRIGHTCOVE, THE WORLD’S LEADING VIDEO TECHNOLOGY PLATFORM, IS THE LIVE AND VIDEO ON-DEMAND PROVIDER FOR THE TANGLEWOOD 2020 ONLINE FESTIVAL

The Tanglewood 2020 Online Festival is a groundbreaking digital series of audio and video streams featuring newly created content being recorded at Tanglewood’s Linde Center in July alongside previously recorded material from Tanglewood being released for the first time. The Boston Symphony Orchestra’s first-ever Tanglewood digital festival—designed to capture the beauty and spirit of the Tanglewood grounds—will feature artists and programs of the originally announced 2020 Tanglewood season, among other content. Click here to view a quote from BSO Artistic Administrator and Director of Tanglewood Anthony Fogg.

In addition to the Tanglewood 2020 Online Festival free-of-charge offerings, other online programs ranging in price from $5 to $12 for a single stream, to $15 to $90 for multiple stream packages, are available for purchase via www.tanglewood.org.

The Tanglewood 2020 Online Festival is being offered in response to continuing concerns over the spread of COVID-19 and official crowd restriction policies that have necessitated the cancellation of the festival’s live performance series. 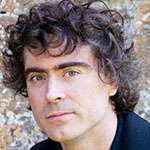 Wednesday, July 8, 8 p.m. – Hosted by Karen Allen, $8 for single video stream, $42 for series
The English pianist Paul Lewis, in recent years a frequent recitalist and soloist with orchestra at Tanglewood, is an acknowledged master of the Classical-era music of Mozart, Haydn, and Beethoven. For this recital performed in London’s venerable Wigmore Hall, he performs one of the pillars of that repertoire: Beethoven’s 1823 Diabelli Variations. The 33 variations take the jaunty waltz theme into realms its composer Diabelli could never have foreseen, using it as the basis for a spectacularly varied landscape of pianistic possibility and emotional depth. 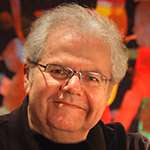 GREAT PERFORMERS IN RECITAL FROM TANGLEWOOD SERIES: EMANUEL AX, PIANO
Saturday, July 11, 8 p.m. – Hosted by Nicole Cabell, $12 for single video stream, $90 for series
Tanglewood mainstay Emanuel Ax, who made his Boston Symphony Orchestra debut at Tanglewood in August 1978, performs music in which he is an acknowledged master, an all-Beethoven program featuring two of the composer’s earliest sonatas, the ebullient Piano Sonata No. 2 in A, Op. 2, No. 2 and Piano Sonata No. 3 in C, Op. 2, No. 3. 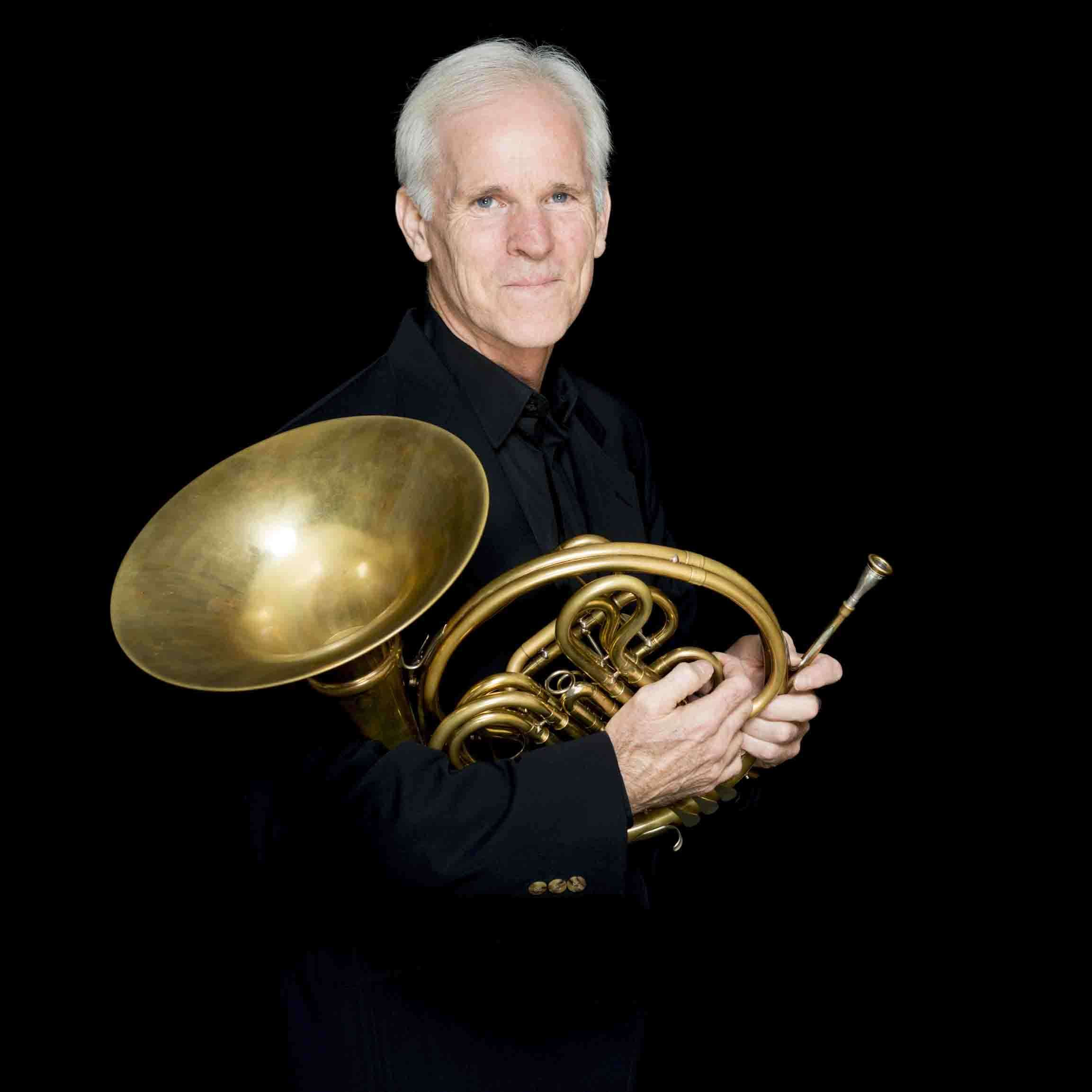 This program of horn-centric music features not only the standard orchestral French horn but also its cousin, the long Alphorn of Swiss, German, and Austrian tradition. BSO Associate Principal Horn Richard Sebring and colleagues perform Sebring’s own new composition for alphorns to open this program. The second Sebring work is a duet for horn and harp with former TMC Fellow Charles Overton. Standard-repertoire horn pieces by Schumann, Dukas, and Mozart—including the substantial Quintet in E-flat for horn and strings—complete the program. 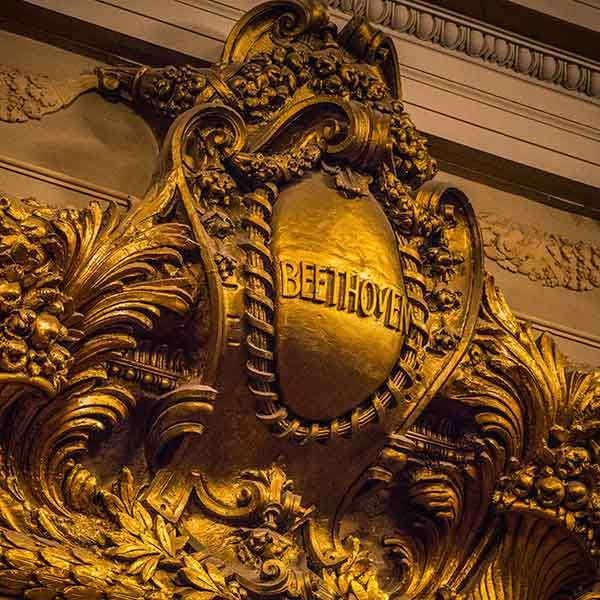 TLI CELEBRATES BEETHOVEN
Tuesday, July 7, 1 p.m. – Inside the Hearing Machine, a film screening, $5 for single video stream, $20 for series
For this regular Tuesday-afternoon series, preeminent Beethoven scholars of our time lead video presentations and discussions in celebration of the 250th anniversary of Beethoven’s birth. For this week, Dr. Tom Beghin of Belgium’s Orpheus Institute presents the film Inside the Hearing Machine, followed by a live Q&A discussion, hosted by TLI Director Sue Elliott. 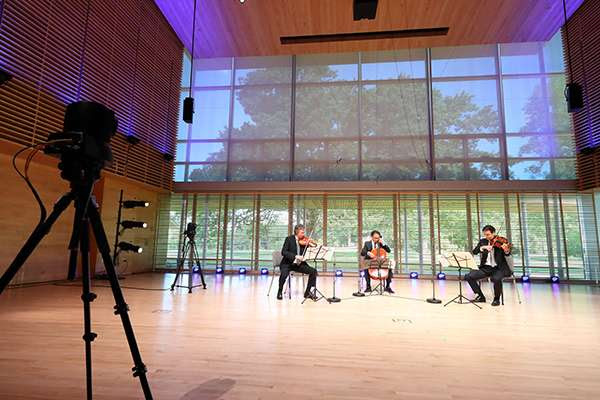 From a June 25, 2020 recording session at the Linde Center for Music and Learning
(Photo credit by Hilary Scott)

TANGLEWOOD MUSIC CENTER ORCHESTRA ENCORE PERFORMANCES
Monday, July 6, 8 p.m. – Hosted by Stefan Asbury with Andris NelsonsFREE video stream
This series of archival broadcasts from the Tanglewood Music Center Orchestra begins with Wagner’s iconic Ride of the Valkyries—really just a teaser for the last broadcast in this series, which features the complete third act of its parent opera. Completing the program are Haydn’s Symphony No. 97 and Ravel’s Daphnis et Chloé Suite No. 2. Original performance dates are July 23, 2019; August 13, 2018; and August 7, 2018.

BSO Music Director Andris Nelsons conducts this August 1, 2015 concert in the Koussevitzky Music Shed with three French soloists: violinist Renaud Capuçon, cellist Gautier Capuçon, and pianist Jean-Yves Thibaudet—in Beethoven’s Triple Concerto, a work that rewards a sense of competition and play among its three solo parts. Beethoven wrote this unusual concerto in 1804 purportedly for his patron and friend the Archduke Rudolph to perform as piano soloist with his private orchestra. Maestro Nelsons also leads Shostakovich’s Symphony No. 10, which the orchestra had just performed and recorded earlier that year for its Deutsche Grammophon Shostakovich symphony series. Shostakovich wrote the Tenth—after an eight-year hiatus from the composition of symphonies—following the death of Joseph Stalin in 1953. Widely read as a direct reaction to Stalin’s demise and a public re-establishment of Shostakovich’s artistic independence, the Tenth became one of the composer’s most popular and frequently performed works.

Many TMC Woodwind and Brass Fellows come to Tanglewood expressly to play in the orchestra under such conductors as BSO Music Director Andris Nelsons and to benefit from the mentorship of seasoned BSO musicians. But the study of chamber, ensemble, and new music is another important part of their summer. Brass and Woodwind Fellows begin their summers playing in smaller wind and brass ensemble music, bonding personally and learning to blend musically. In this macho and muscular Festmusik der Stadt Wien, Fellows play alongside not only their BSO mentors, but also a special guest in the trumpet section: Maestro Nelsons. These woodwind and brass concerts also include the world premieres of works commissioned from recent TMC Composition Fellows. Two 2018 world premieres are offered here: Ninfea Cruttwell-Reade’s grooving brass and percussion fanfare Table Talk and Theo Chandler’s mercurial Two Taylor Songs, featuring soprano Ally Smither.

Board Members and Friends to Match Contributions Made to the BSO, May 15-August 31, in Support of Tanglewood 2020 Online Festival
Several generous BSO Board members and friends have joined together in these unprecedented times to match contributions made to the Boston Symphony Orchestra from May 15 through August 31, 2020. The matched funds apply to new annual contributions and ticket donations, both of which are tax-deductible. The matched funds enable the BSO—the non-profit organization that owns and operates Tanglewood—to share the joy of music online through the Tanglewood 2020 Online Festival and other virtual programming, and to ensure that the BSO and Tanglewood are ready and able to welcome concertgoers in person when the time is right. Donors of $100 or more will receive complimentary access to all programs in the Tanglewood 2020 Online Festival. Those who want to make a gift and have it matched can visit tanglewood.org/givetoday. Gifts of all sizes are vital and appreciated. For more information, please email customerservice@bso.org or call 888-266-1200.

Additional Sponsorship Information
Brightcove, the world’s leading video technology platform, is the live and video on-demand provider for the Tanglewood 2020 Online Festival. With its award-winning technology and services, Brightcove helps organizations in more than 70 countries meet business challenges and create strategic opportunities by inspiring, entertaining, and engaging their audiences through video. Since Brightcove was established in 2004, it has consistently pushed boundaries to create a platform for people who are serious about video: one that is robust, scalable, and intuitive. Benefiting from a global infrastructure, unrivalled customer support, an extensive partner ecosystem, and relentless investment in R&D, Brightcove video sets the standard for professional grade video management, distribution, and monetization. To learn more, visit www.brightcove.com.

Brief Background on Tanglewood and the Boston Symphony Orchestra
Tanglewood, located in the Berkshire Hills of Lenox and Stockbridge, MA, has been the summer home of the Boston Symphony Orchestra since 1937 when the festival was founded by Serge Koussevitzky (BSO Music Director 1924-1949). In addition to performances by the BSO and the annual Popular Artists series, Tanglewood also presents concerts by the Boston Pops, a chamber music and recital series in Ozawa Hall, and performances by the Fellows of the Tanglewood Music Center, the BSO’s acclaimed summer music academy, established in 1940 by Koussevitzky. The Tanglewood Learning Institute—introduced in summer 2019 and offering a wide spectrum of performances and multidisciplinary activities designed to engage curious minds seeking to become more involved with music and the arts—is Tanglewood’s first new programmatic offering since the introduction of its Popular Artists series in the 1960s. TLI activities take place in the Linde Center for Music and Learning, a four-building complex that opened to critical and popular acclaim in summer 2019.

Tanglewood typically draws an attendance of approximately 340,000 people and brings more than $100 million in economic activity annually to the Berkshires region. Except for several years during World War II, when the performance schedule was curtailed or, in 1945, canceled in its entirety, Tanglewood has been a fixture in the Berkshires and has strengthened its position as this country’s premier summer music festival. This year, the unprecedented health crisis resulting from the spread of COVID-19 has necessitated the cancellation of live performances with audiences at Tanglewood for summer 2020. In response to this understandable disappointment, the BSO has put all its creative energy into offering thoughtful and innovative online performance streams, Tanglewood 2020 Online Festival, designed to connect performers—both BSO musicians and guest artists—with audiences. In addition, the BSO is pleased to open the magnificent Tanglewood grounds to the public on a limited, scheduled basis. Further information about Tanglewood can be found at www.tanglewood.org; further details about the Tanglewood Learning Institute can be found at www.tli.org.